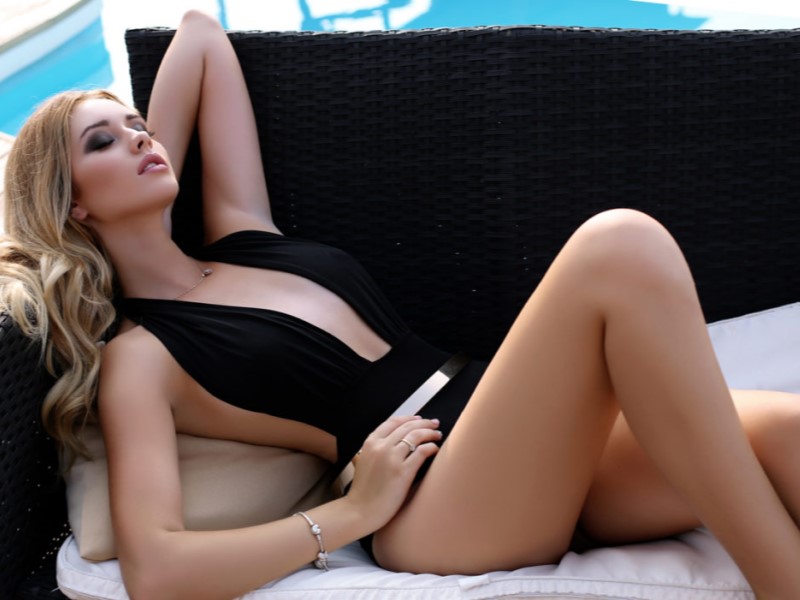 Hello friends! So, I have been getting tons of positive feedback after my last post – which is a good read if I don’t say so myself. You are so gracious, kind and a few of you are kind of perverted 🙂 But I wouldn’t have it any other way. If you are too lazy to take 3 minutes to read my last post: basically I was feeling down, got in great shape and it did wonders for my career.

The number one thing that everyone keeps asking about is if I really got back into the elite status by throwing around giant kettlebells in the snow with a Russian troll man.. lol! Really though, I have received some really heartfelt emails and messages from ladies who want to know how I managed to transform (that might be too strong of a word, I just shed a few pounds of flab and replaced them with lean muscle) my physique. Well, I don’t want to be the type to sell any get-fit-quick schemes so I’m going to be upfront and say that it was hard work. In all honesty though, it wasn’t that hard and if I can do it on my busy travel schedule than you can too.

Off the bat I knew that I wouldn’t have hours upon hours to spend in the gym each day so I started searching around the inter-webs for workouts that offered the biggest benefit with the least amount of time. I quickly found a few ladies on Instagram who had the kind of body that I wanted and began following everything they did. First thing I found out was that the squat is king.

Yes, squatting doesn’t sound very ladylike, but more and more ladies are coming to the realization that this simple movement is the key to getting those Kim Kardashian type cheeks that every man seems to crave these days. It’s crazy, I started out with super light weights, like not even 30 pounds and only did 5 sets of 10 reps. But after three weeks of this – while increasing the weight 5 pounds each week – I managed to see my glistening bum in the mirror after a shower and actually was starting to have the physical traits like the porn-stars on http://pornstars4escort.com, and those ladies do mean business.

The key, I believe, with squatting is proper form. Like I mentioned earlier, it  does seem like the simplest of movements but you really have to make sure everything is right: hips back, knees don’t cross the plain of the toes, hinge at the hip and keep your chest out. These are just a few of the tips I learned watching YouTube videos and I believe starting out light and focusing just on form is what allowed me to avoid injury and have the ability to get that rocking tush that I now proudly possess. Really, if I can just leave you with one piece of advice it would be to spend 15 minutes, 3 times a week on squats. That might not sound like a lot but if you do it right you’ll start to get addicted to it. That’s all for now, in my next post I might share some of the other lifts I learned. Here’s some motivation: